Intruders will often approach a building's doors rather than its windows

One reason why property owners should make it a priority to get security doors is that after deciding to target a particular building, most potential intruders will approach its doors rather than its windows. This is because breaking into a building through a window will usually require the intruder to climb (and thus risk falling),  shatter a large pane of glass (which is very noisy and puts them at risk of a major injury) and then climb through a window frame with jagged glass shards sticking out of it (which is also dangerous). In comparison, picking a door lock or even forcing the door itself open with a tool is safer, faster and far less noisy.

If they approach a building's main exterior door and find that the door has high-security locks that they cannot pick and is far too thick and sturdy to force open, then they'll often leave without making any further attempts to get in; this is because after realising that the building has security doors, most intruders will assume that the building has a higher-than-average level of security and that its windows (which, even if they are standard ones, would be hard to use as a point of entry) will also be very secure.

Another reason why budget-conscious property owners should prioritise purchasing security doors is that there isn't much that a person can do to make their standard doors harder to break into (aside from simply keeping the locks and hinges in good condition). By replacing a building's standard doors with security doors that have several highly secure locks and that are made of extremely tough materials that make them difficult to force open, a property owner can greatly reduce the likelihood of anyone breaking into their building through its exterior doors.

In contrast, there are several affordable ways to make standard windows harder for potential intruders to use as a point of entry. For example, if the property owner applies anti-climb paint to both the exterior walls and the exterior windowsills, it will be extremely hard for anyone to grip the walls and access the windows. Additionally, if they add a layer of cheap window security film to each of their windows, this will make them even more challenging for intruders to break.

Read in about 3 Minutes 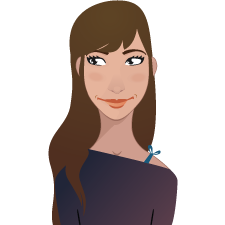 I have always loved the expression "windows are the gateway to your soul," and I believe that in reality, windows are also a gateway or a representation of my dreams and preferences. For that reason, I loved the experience of putting new windows into my homes. I looked far and near for windows that captured my architectural dreams and preferences. I used everything from reclaimed stained glass windows from an old church in the country to floor-to-ceiling passive solar windows to ultra-high efficiency weatherproof windows. Now, that my house has the windows it needs, I decided to make a blog. My name is Kristy. If you like windows, you will love exploring the posts in this blog.